Dan Goldstein, what are the hopes of Microsoft hiring a psychologist? Or did they hire you as a computational scientist?

As to what they hired me as, my training is as a computer scientist and a cognitive psychologist, so I suppose they hired me as both. But to be clear, it’s not like they created a special position for me. There are hundreds of academic researchers like myself at Microsoft, doing basic research in computer science, economics, and even other fields. Their hopes for me are like the hopes for the others: publish, speak, invent.

What are you actually doing at Microsoft Research?

Working in basic research at Microsoft is much like being a professor minus the teaching and administration, so what I’m doing now is similar to what I did as a professor at London Business School. In a typical month, I’m running experiments, analysing data, writing things up for publication in journals, and giving talks at conferences. The style of research at Microsoft is a bit different than in at a university in that you work more closely with your collaborators. I’m often sitting side by side with my co-authors when writing, coding, and just brainstorming. My colleagues here are some of the smartest people I’ve ever met. I’ve learned a lot from this style of working.

Many companies have huge expectations concerning the benefits of big data in understanding consumer decision making - do you share this enthusiasm?

I like the distinction between big data and smart data. Big data is what you come across in the normal course of doing business. Transaction logs, web logs, and such. The problem with this type of data is that it’s correlational. It is difficult to draw causal conclusions from it. Smart data is the result of randomized experiments. I’m very enthusiastic about what can be learned from smart data and encourage companies to run more experiments.

To what degree could psychologists help us in making better use of big data?

Psychologists have been involved with artificial intelligence since its earliest days. The first president of the AAAI (Association for the Advancement of Artificial Intelligence) was the psychologist Allen Newell. Many present leaders in AI research have psychology and cognitive science backgrounds. As you might know, deep neural networks are having a renaissance right now and one of the gurus in that space is Geoffrey Hinton, who has a degree in experimental psychology.

Will technology ultimately improve our decision making as consumers or rather seduce us towards more debt etc.?

I’m optimistic. While some technologies can be used by firms against consumers, the use of such practices will not engender trust and loyalty from customers and ultimately be self-defeating for the firms that employ them. We should also keep in mind that consumer-empowering technologies are evolving, too. It’s now easier than for consumers to compare prices, read reviews, and learn about other consumers’ negative surprises. Technology can provide information that can make markets more efficient.

What are the key challenges in making decisions for our future self?

When developing technologies to improve decision making, the hardest part is simulating how the future might look. For example, when we worked on improving decision making about saving, Hal Hershfield, Bill Sharpe, and Russ Foltz-Smith and I wanted people to be able to picture themselves in the future with different levels of wealth. This amounted to creating two simulators. One used age progression software to show people what they might look like in the future. The second, designed by Bill, was a calculator that would show people how much income they could expect in retirement based on how much they saved today. Both simulators took a lot of effort to create. Fortunately, once created the simulators can be re-used, so the investment pays off.

What are the key psychological issues that will coin the future of decision making (research)?

One interesting idea a few people have run by me is the notion of using virtual reality to improve decision making about policy. For instance, we might neglect making wise environmental decisions if we do not believe or imagine that the actions we take today will affect the world in the future. However, we could simulate for people what the future might look like after varying levels of global warming. If people could see what would happen to their own cities, they might be convinced that they actions they take today really will impact the future. This could change the way people vote and beyond.

Which book on decision-making has yet to be written? On which topic?

One book I’d like to own would be a book of heuristics for every situation. Rules of thumb for everything with beginner, intermediate, and advanced versions. I think everybody wants to make better decisions with little effort and would thus be interested in such a book. 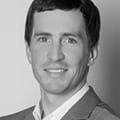